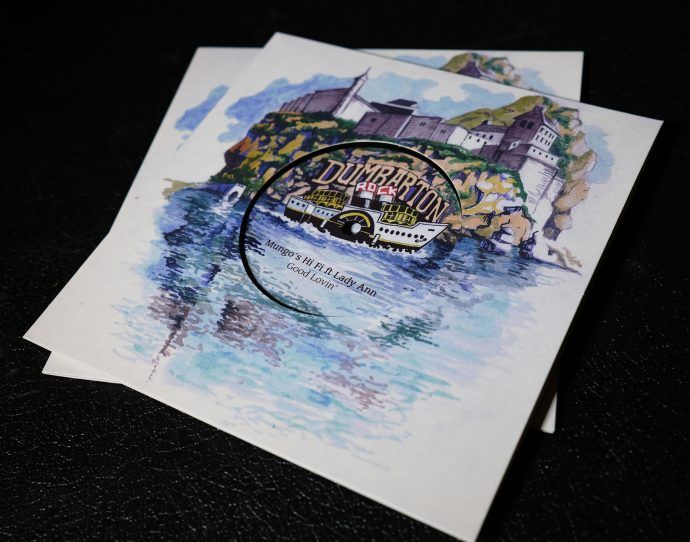 Dumbarton Rock is back with two crisply pressed 7 inch records. All four sides feature an irresistible slow rocking groove called the NHS riddim by Mungo’s Hi Fi, which first made an appearance on their dub LP Antidote featuring Jah Thomas. This time vocals are provided by no other than pioneering Dancehall legend Lady Ann, the first female DJ to get a number one single and album. She originally started MC-ing on Killamanjaro Soundsystem in Jamaica in the 1970s, alongside arists like Little John and Toyan and went on to record with the great Jamaican producers of the time including Sly and Robbie, Joe Gibbs, Bunny Lee and Junjo Lawes. The other vinyl features long time Mungo’s collaborator Ranking Levy with a laid back deejay ramble around the streets of New York and a fattened up clean version of the riddim.

This release is not being distributed – only available from our Bandcamp:

Previous Next
Subscribe and stay up to date with gigs, new releases and news!
✕
This website uses cookies to improve your experience. We'll assume you're ok with this, but you can opt-out if you wish.
Read MoreAccept
Manage consent

This website uses cookies to improve your experience while you navigate through the website. Out of these, the cookies that are categorized as necessary are stored on your browser as they are essential for the working of basic functionalities of the website. We also use third-party cookies that help us analyze and understand how you use this website. These cookies will be stored in your browser only with your consent. You also have the option to opt-out of these cookies. But opting out of some of these cookies may affect your browsing experience.
Necessary Always Enabled
Necessary cookies are absolutely essential for the website to function properly. These cookies ensure basic functionalities and security features of the website, anonymously.
Functional
Functional cookies help to perform certain functionalities like sharing the content of the website on social media platforms, collect feedbacks, and other third-party features.
Performance
Performance cookies are used to understand and analyze the key performance indexes of the website which helps in delivering a better user experience for the visitors.
Analytics
Analytical cookies are used to understand how visitors interact with the website. These cookies help provide information on metrics the number of visitors, bounce rate, traffic source, etc.
Advertisement
Advertisement cookies are used to provide visitors with relevant ads and marketing campaigns. These cookies track visitors across websites and collect information to provide customized ads.
Others
Other uncategorized cookies are those that are being analyzed and have not been classified into a category as yet.
SAVE & ACCEPT